“Sometimes people are layered like that. There’s something totally different underneath than what’s on the surface. Like with pie.”- Joss Whedon

I’ve developed quite the reputation for my obsession with pie over the years.  In the same way I don’t understand my brother-in-law’s passion for collecting coins, not everyone understands why pie is so exciting to me. That’s the beauty of a hobby – it’s personal and driven by an intrinsic energy that is summoned by that particular activity.  For my brother-in-law, it’s coins.  For my husband, it’s records. For my friend, it’s keeping bees. For me, it’s pie.

But some people GET me.  One of those is my friend, Christie.  We’ve known each other for more than a decade.  She was on the board of the non-profit I worked at back when we were young, passionate women who were birthing our first babies and saving the world. We ran in similar circles over the years and were reunited about three years ago when Christie became a colleague of mine at the current non-profit hospital we raise money for. Among the many things we had in common, we shared a love of making pie. More importantly, we discovered that we were similar in our love for not just making pie, but making it for other people, gathering, feeding and extending generosity to others whenever we could. We were pie soulmates. 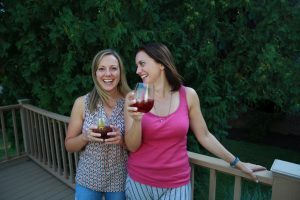 Exactly one year ago, I reached out to Christie with an idea.  I had been neglecting Pie Eyed because I was experimenting with other blog platforms but I missed it. There was so much potential in this little blog but I needed to infuse it with some new energy.  And I knew exactly where to find it – Christie.

I talk a lot about pie being a metaphor for life, and it could not be more true right now.  Pie is meant to be shared, and so is Pie Eyed.  It took us a year of planning and dreaming, but we are finally ready to introduce a new and improved Pie Eyed to the world and I am excited to introduce you to Christie!  She will be my partner in pie, baking, writing and working with me to bring you some exciting changes in the coming months. We can’t wait to double the pie love around here and share our enthusiasm for living a simple and generous life! 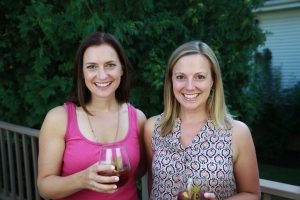