How I Learned to Love My Dog 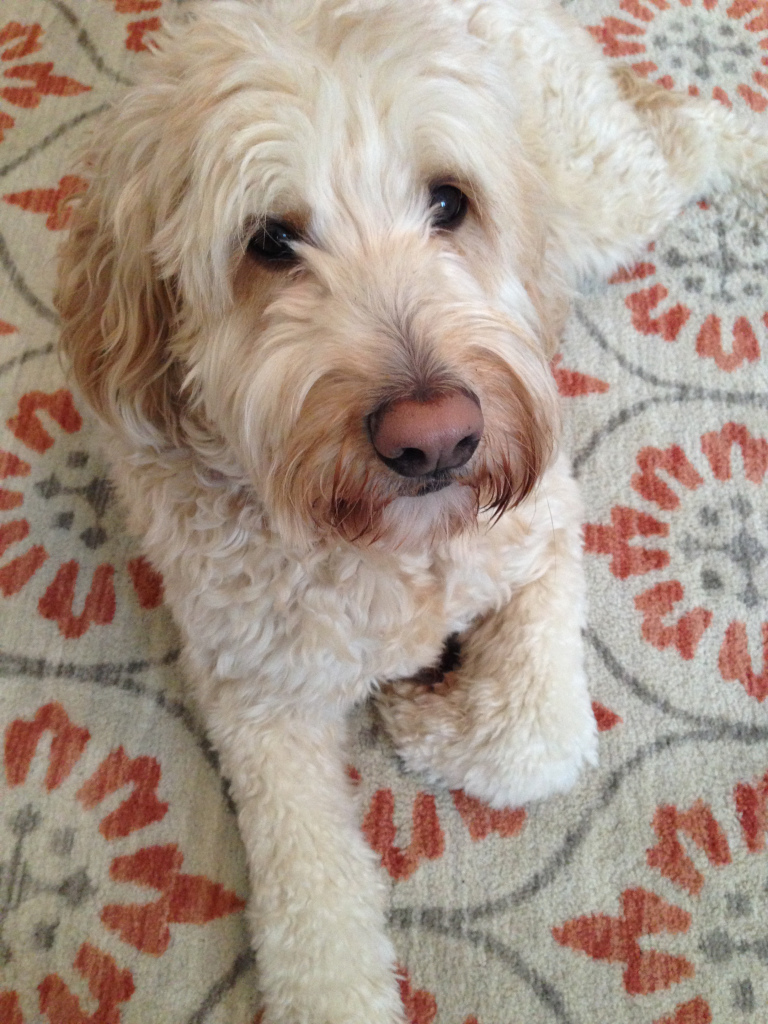 How I Learned to Love My Dog

One would think I should be a dog lover seeing as though I have one, but it took me quite some time to learn to love my dog. I had not been able to completely warm up to her until an unexpected experience left us with more in common than I ever could have imagined.

It’s surprising that I am so luke warm about animals. Look, I don’t want to see them hurt, but I also don’t want them in my bed. As a child, I was a PETA advocate in the making. I have so many memories of a young me shedding buckets of tears over all things living. One of my earliest memories is of watching a pet mouse die a slow death from a tumor. I would stare at his cage sobbing until my dad finally put construction paper on the glass to block the view. Then there was the baby bat in the bushes who had a broken wing. I had grand plans to nurse it back to health, but those went out the window as I shrieked in horror watching my dad put it out of its misery with a shovel. I cried over a chicken that lived on the side porch that was sent to a farm, I cried over a rabbit that broke out of his cage and died in the yard, I cried over a parakeet who I found lying on the floor of his cage (to which I later found out my mom stopped feeding it because I would not take care of it). Hamsters, dogs, fish – you name it, it had tears shed over it.

I don’t know what happened to that passionate little girl who brought home stray kittens and would have snuggled up with a hermit crab. For years, I have tried to rekindle my passion for animals by reacquiring some, but I just haven’t crossed that boundary to LOVE.

Four years ago, we succumbed to the pleas of our two young boys and got our first family dog, Chloe. I would pat her on the head and throw her a ball, going through the motions of a good dog owner, but I remained emotionally distant from her. Part of our arrangement with the breeder was that we would let her have a litter of puppies (yes, the people who just kind of like dogs signed up for this situation). It seemed good in theory. She would get pregnant, and then go back to the breeder’s house a few days before she was due to have the puppies. No puppy business in our house and we would get a mini dog vacation. As planned, she got pregnant and as her little belly continued to grow, I found myself identifying with her more and more as she waddled around the house. When she went through a phase of not eating, I would look at her sympathetically as if to say, “I feel your pain, sister.”

To our surprise, she went into labor two weeks early. It was 3am and we ripped the boys out of bed, threw everyone into the minivan and set out on the 45 minute drive to the breeder’s house. I sat on the floor of the mini van next to Chloe praying that I would not have to deliver puppies on the highway. With every contraction, my panic intensified as I frantically yelled at my husband to drive faster. We made it in time, but because this was a rather abrupt arrival, my husband went home with the boys and I stayed behind to keep Chloe calm. I felt like her Lamaze partner.

Chloe was confused and scared, but she relaxed as I sat by her head. To our disappointment, the first seven puppies were dead and the next three passed soon after birth. She was miscarrying. Of course Chloe was unaware of what was happening, but in that moment I had such an unexpected wave of compassion for her. Tears sprang to my eyes as I chuckled at the irony that the only girls living in our household (me and her) struggle to have successful pregnancies. Sure, she’s a dog, but my heart went out to her after trying to grow ten healthy puppies. I know what it feels like to trust that your body knows what to do; and I also know all too well what it feels like for your body to totally let you down.

I’ve had four miscarriages. My husband and I experienced three losses before our oldest son was born. Those early days are a blur of blood draws, genetic testing and inaccurate diagnoses, all with an undercurrent of the fear and confusion that arrives when you learn that your fertility is not in your control. We went on to have a text book second son and the trauma of those years began to fade. But just when I thought I had control over my fertility again, I was reminded that I, in fact, have none when our attempt at a third child resulted in another miscarriage.

And so, sitting on the kitchen floor in a virtual stranger’s house at 4am, I began to let Chloe creep into my heart. We had a unique bond that only I was aware of, but it helped me begin to love her. As I stroked her head and smiled at her, I remembered how the first time I let her lay in my lap was when I was having my last miscarriage. One of the few times I cried over that miscarriage was when I let Chloe come near and lay by me while I wept over another lost pregnancy. She sat with me through my miscarriage and now here I was sitting with her.

And while we both might have lost our pregnancies, I can say with confidence that we both found comfort in a most unexpected friend.

But she still can’t sleep in my bed.

12 thoughts on "How I Learned to Love My Dog"