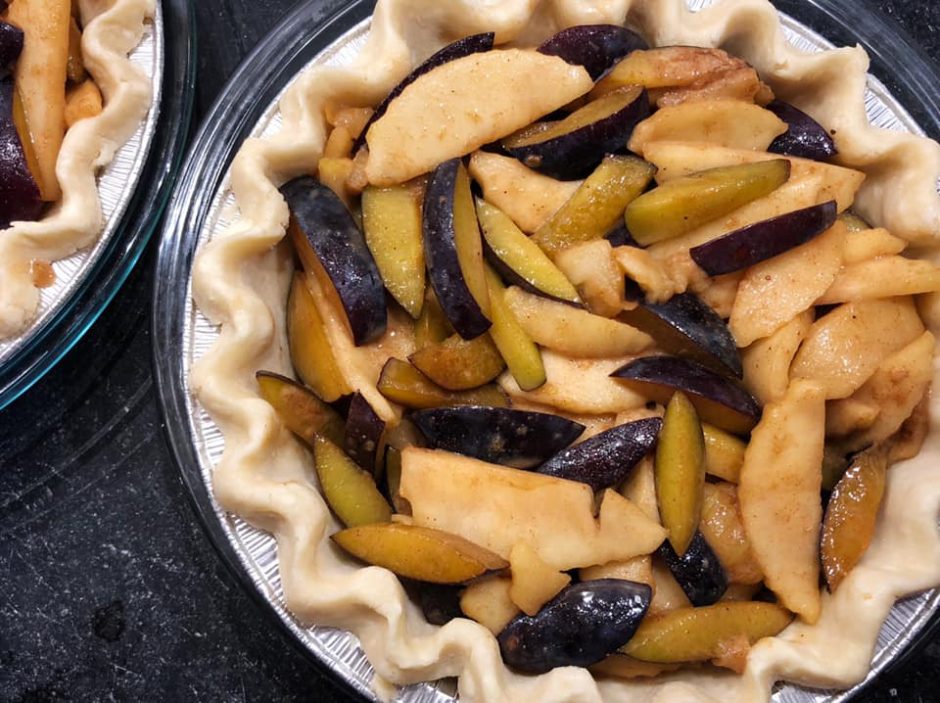 This may be my new signature pie for fall. That title used to be taken by my Apple Sour Cherry pie but after making this one last weekend and sharing an extra with a friend, I’m going to put this on the “make for Thanksgiving ” list. The reviews were a unanimous thumbs up.

I will put a disclaimer out there that the apples and plums came from my local farmer’s market. I can’t stress enough that local food makes pie exponentially better. That being said, plum season here in Ohio will be fleeting so I’ll probably be heading back to the grocery store for plums the next time I make this.

Tip: With any apple recipe, I always cook the apples down a bit before they go into the pie. This releases some juice and helps prevent a soggy crust. In this recipe, I cook them down with maple syrup. The reason I do not put the syrup on later is because once under the heat, the syrup liquifies and I fear it will change the consistency of the filling.

I hope you enjoy this as much as we did!