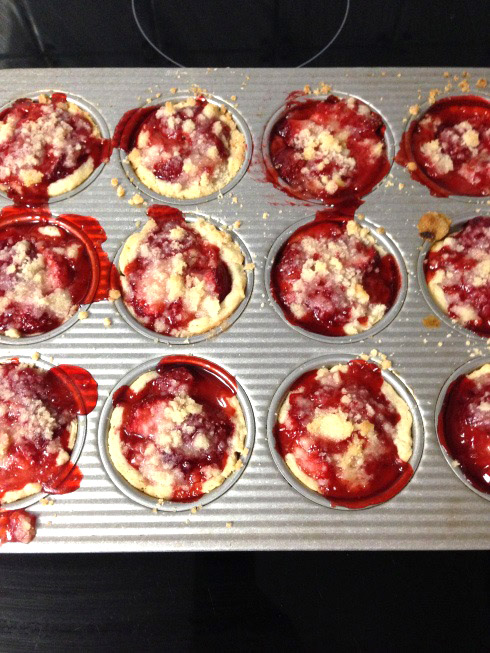 I saw an article recently about a woman who wore a hidden camera to show how many times she received harassment from men in a day. The article brought back a memory of some advice I received from an elderly woman not too long ago.

Before I go any further, let me be the first to acknowledge that there is an entire spectrum of uninvited harassment that women receive from a basic hello to lewd comments and gestures. And there is also an entire spectrum of feelings that women exhibit in response to these from indifference to discomfort and many times fear. AND, since I am putting out all the necessary qualifications I need to in order to go on about my random thoughts, let me also acknowledge that cat calling and harassment can happen to anyone from anyone regardless of gender. There.

Anyways… I’m not gonna lie, I don’t mind the basic, non-threatening holler or comment from random strangers. I realize that the impetus of the comments has absolutely nothing to do with me. They are just attention seeking behaviors that would be thrown at any woman standing on the sidewalk at that moment. But since said man took the liberty to extend his holler, glance or compliment, I will take the liberty to interpret it how I want to and decide that yes, I am awesome today.

Several months ago, I was walking to a restaurant with an elderly woman who I admire very much. She’s a class act and has been at the forefront of some of the major arts and social movements in Cleveland. In 1961, she was the first woman to walk through the front doors of the oldest social club in Cleveland (est. 1872) that until then had been exclusively men. On that walk to the restaurant, I was the recipient of a very loud and animated compliment from a man passing by. I mentioned to this woman that I was always conflicted on how to respond in these moments. She stopped walking, looked straight at me and said, “You say thank you.”

You say thank you. I found it odd that I should thank someone for sending an unwanted comment my way, but she went on to explain that to her, it was a way of taking the power back. Take the unwanted comment and turn it into something useful for you. Ever since that day, I say thank you, and in full disclosure, maybe a thank you accompanied by an eye roll. I choose to belive that at strictly face value, I can still grab someone’s attention. That years after the babies and the sleep deprivation and the aging and the house stress and the late work nights… that someone can look at me in an instant and react favorably.

I know, I know. My husband’s should be the only eyes that matter. The only compliments I need should be from the one who has vowed to love me forever because those are the best kind. Yes. And No. I’m up against a phenomenon I like to call the wallpaper factor.

When my husband and I bought our first house, it was covered with wallpaper. Our bedroom offered us the mother of all wallpaper – a large room bursting with bright red flowers EVERYWHERE. It took your breath away and we vowed that it would be the very first thing to go. The first night we slept in that room, we woke up feeling like Dorothy all drugged up in her field of poppies. We kept the door closed so that eyes of unknowing guests were not assaulted by the critical mass of flowers. A week passed. A month passed. A year passed. The flowers were still there. We couldn’t even see them anymore. The flowers that had once leapt off the walls now faded into the background and we had accepted them as a regular part of our lives. Let’s face it, they grew on me (figuratively, and almost literally).

I refer to the wallpaper factor often in relation to my marriage and self-image. My husband and I have been looking at each other for 16 years now. At this point, there is nothing that could change the way I see him – he’s as perfect and as handsome as ever and I am certain that he feels the same way about me. I also know that the 20-year-old he fell in love with has changed dramatically over the years. My bright eyes have been dimmed by long work days and sleepless nights. My once intact stomach has been disfigured and left hanging (literally, definitely not figuratively) after working really hard to grow two babies. The laugh lines are starting to show and my love of coffee has me on the path to needing some teeth whitening soon I’m sure. Much like the bright red wallpaper, these imperfections have faded into the background over time. Those stretch marks were shocking at first, but eight years later, I don’t think my husband even notices them anymore. This is the embodiment of the quote that refers to seeing an imperfect person as perfect – it’s beautiful and I’m grateful to have it.

But sometimes, you just want to know what you REALLY look like. I mean, that wallpaper was REALLY unappealing at first glance. Sometimes, you just want to know that a stranger whose only frame of reference is what they see in that moment, will notice you. That they noticed you without factoring in your personality or your mad child growing skills. That they took notice because more than half way through your thirties, you’re still doing ok.

Look, these are empty glances and compliments, but I choose to reclaim them and use them to feel good about myself. And they just show that my husband is right… I am as beautiful as the first day he met me thank you very much.

When strawberry season is in full swing, these are my favorite treats to bring to cookouts and summer gatherings. There is just something about enjoying pie in a different way, and these are the perfect portable pie for summer.